The land was purchased from Jack Smith who had an apricot orchard and fruit dryer facing Ashland Avenue, which is now the parking lot and cafeteria area of the school. Both adults and children of the community picked apricots and cut them to place on the trays to be dried. Smith's house, which was later moved next to the current U.S. Armory facing Ashland Avenue, faced Lewelling Boulevard. It was used as a parent co-op for small children by the San Lorenzo School District until demolished in the early 1960's. The corner property bordering Ashland Avenue and Lewelling Boulevard was kept for his family. Mr. Smith built a Spanish style house for his daughter, Olive Smith Silva, which is now part of the current Silva Hacienda complex. Mr. Smith and his wife moved to San Leandro.

The only high school in the area was Hayward High School located on Foothill boulevard, Centennial Hall is a building from this school. All high school students rode a bus to Hayward High. The trustees of the Hayward Union High School District had to build more schools to accommodate the growing population. So San Lorenzo High was the second high school built. Freshmen and sophomores moved into the $2,500,000 campus, and the first graduating class was in 1953. Arroyo was built in 1954, then Castro Valley in 1956, Tennyson in 1958, Sunset in 1959, and Mount Eden in 1960. 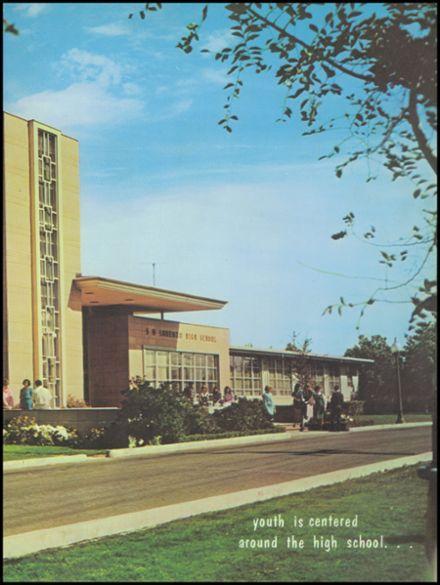